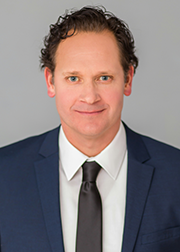 Gary began his undergraduate education at the University of Central Florida, then completed his certification in Cardiology and Vascular Ultrasound at Florida Hospital College of Health Sciences. He then pursued Physician Assistant Studies at Kettering College of Medical Arts, associated with the Wright State School of Medicine in Ohio. He has maintained his certification by the National Commission on Certification of Physician Assistants since 2001. His interests include management of patients with arrhythmias, cardiac implantable devices, and those undergoing cardiac ablations. He has also served as an adjunct faculty member at James Madison University Physician Assistant program since 2006.